November 19, 2018 No Comments Posted in General 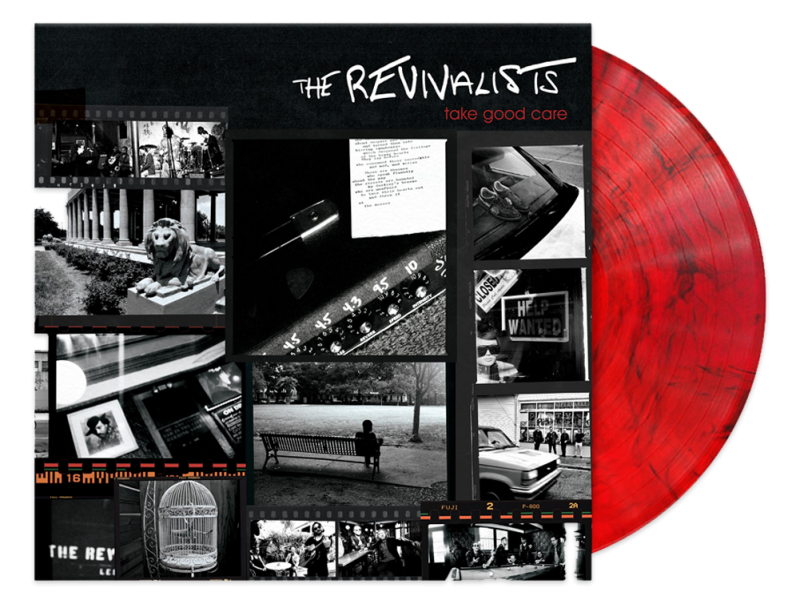 One of Modern Rock’s Most Innovative Bands is Back!

Known for their harmonic, bluesy sound, eclectic instrumentation, and their expansive live shows, The Revivalists are one of 21st century rock n’ roll’s saving graces. With songs that sound like an homage to classic rock and funk while at once incarnating the soul of modern music, The Revivalists offer celebratory anthems of both the ups and downs of life. Those ups and downs are something the eight-piece ensemble know well with over ten years of hard work, underground shows, and four albums under their belt, including their November 8th release, Take Good Care, the first album for Loma Vista Recordings.

The band that would become The Revivalists are the result of guitarist Zach Feinberg stumbling across vocalist David Shaw singing on his front porch after taking an alternative route on his bike in 2008. Within the week, the two had launched the first version of The Revivalists. Ten years, four albums, and six members later, The Revivalists consist of the aforementioned David Shaw on lead vocals and Zach Feinberg on guitar, along with Ed Williams on pedal steel guitar and guitar, Rob Ingraham on saxophone, Michael Girardot on keyboard and trumpet, George Gekas on bass, and Andrew Campanelli and Paulet “PJ” Howard on drums and percussion. The Revivalists play an average of 150 shows a year.

In July of 2017 with the release of the band’s third album, Men Amongst Mountains, they garnered the attention of Rolling Stone magazine with a place on their list of ’10 Bands You Need to Know.’ Recognition for The Revivalists didn’t end there, however, and in September of 2017 their single Wish I Knew You from Men Amongst Mountains was certified platinum by the RIAA after reaching the number one spot on the Billboard Adult Alternative Songs chart in September of 2016, as well as number one spot on the Billboard Alternative Songs chart in May of 2017. Currently their latest single, All My Friends, from Take Good Care, holds the number one spot for Adult Alternative radio.

The Culmination of Ten Years of Hard Work

With the release of Take Good Care, The Revivalists have gone on to perfect their eclectic, energetic sound and have produced some of the grooviest, well-crafted songs of their career while still incorporating the classic rock and funk influences that brought them to prominence. Take Good Care marks the first time that The Revivalist have worked with multiple producers including the renowned Dave Cobb, as well as Andrew Dawson and Dave Bassett. The Take Good Care sessions also mark the first time that percussionist Paulet “PJ” Harvey has joined the band in the studio. Currently, The Revivalist are on tour in support of Take Good Care, showcasing their sometimes four hour shows at venues and festivals such as Bonnaroo and Music Midtown. As a recurring collaborator with The Revivalists, Innovative Entertainment would like to congratulate the band on their new album and wish them the best of luck on the road!