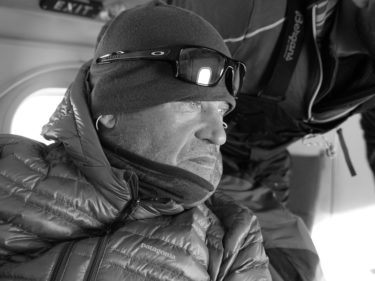 Regarded as one of the world’s top leadership speakers, Robert Swan is the first man in history to lead a team to walk to both the North and South Poles. Fresh off his latest South Pole Energy Challenge (SPEC), he and son, Barney, embarked on his second expedition to the South Pole. This being the first time anyone would survive on the most hostile environment on earth solely off renewable energy. Robert has been described as a man with the fiercest of ambitions.

As with the great explorers and adventurers in history, that have tested their physical and mental strength to the limit, the successful completion of his North and South Pole expeditions marked the beginning of a new phase in his life. On both expeditions, he experienced, firsthand, the effects of environmental damage on the Polar icecaps. This shaped Swan’s lifetime goal – to work for the preservation of the Antarctic as the last great wilderness on earth. He then founded 2041, an organization dedicated to this goal. With his presence and integrity, accomplishments and reflections, Robert Swan has an extraordinary ability to move people and motivate audiences. It is through his expeditions and lectures that Swan works to inform, engage and inspire the next generation of leaders.

Click here to book Robert Swan for your next event!