A Quick History of Mardi Gras and Fat Tuesday

From magic to romance, today’s Mardi Gras (French for Fat Tuesday) has something for everyone. Historically it was the celebration of the last night of eating rich and fatty foods before the ritual fasting of the Lenten season. Mardi Gras has a rich history, spanning hundreds of years across different continents. The long history of Mardi Gras can be traced all the way back to medieval Europe. The celebration across Europe, and found in many countries, leads back to France. 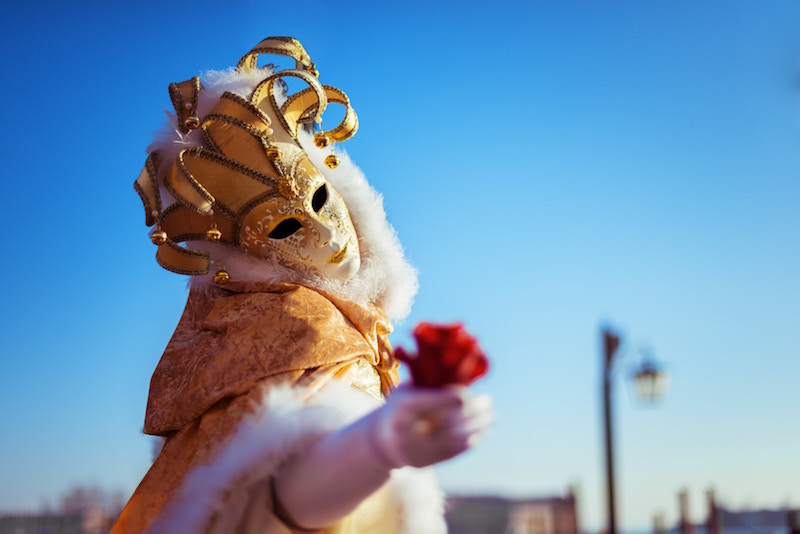 Pointe du Mardi Gras
When French-Canadian explorer Pierre Le Moyne d’Iberville first arrived on a tract of land 60 miles south of New Orleans, he promptly named it “Pointe du Mardi Gras.” This name was chosen because the date, March 3, 1699, was on the day of the French holiday.

A Secret Society Is Formed
Mobile residents soon established a secret Mardi Gras society, and it led to the forming of the “Boeuf Gras Society” (otherwise known as the fatted ox society) in 1711. The society held parades featuring a huge bull’s head on wheels. Later the society parade transitioned to using a live bull draped in white linens. Ever since, secret societies and parades have been part of the Mardi Gras celebration.

Mardi Gras Carnival Begins
Not content with founding just one city, Bienville established New Orleans in 1718. He brought with him the spirit of Mardi Gras, and by the 1730s it was celebrated there as well. However, the festivities were more elegant social events, and they formed the model for today’s many Mardi Gras balls.

But not everyone went to balls. By the time the 1830s rolled around, New Orleans was holding a regular Mardi Gras Carnival. The streets were filled with revelers, and bright “flambeaux” gaslight torches were on prominent display. The nighttime was lit up by the flames, creating a festive air of excitement.

Around 1856, a group of six Mobile natives created the Mistick Krewe of Comus. As a symbol of their celebration, the Krewe used the John Milton’s mystical character Comus to bring magic to Mardi Gras, adding amazing floats and introducing masked balls. Other Krewe associations soon followed. Magic and Comus have been part of the celebration ever since.

The King of Carnival
In 1872 a group of businessmen decided to create a King of Carnival as a means of celebrating the Mardi Gras parade. As luck would have it, the Russian Grand Duke Alexis Romanoff was visiting, and the officials decided to honor him by making the Romanoff’s family colors of purple (for justice), green (for faith), and gold (for power) the Carnival’s official colors. The unique anthem of Carnival, “If Ever I Cease to Love,” was also assigned at this time, mostly because the Duke was a big fan of the then-popular song.

The Mardi Gras Act
Mardi Gras had been celebrated in America for over 100 years by the time Governor Henry Warmoth made it an official holiday. In 1875, the governor made it official, creating Fat Tuesday as a legal Louisiana holiday. The rest, as they say, is history!

Bring the excitement of Mardi Gras and authentic New Orleans entertainment to your event any day of the year by working with Innovative Entertainment. We book some of the most sought after musicians, speakers and and nationally recognized talent. Our clients include corporate in-house planners, conference producers, production companies, destination management companies, performance venues, and more. Our team is filled with ideas and inspirations regarding entertainment for your next event – click HERE to connect and let’s start planning!