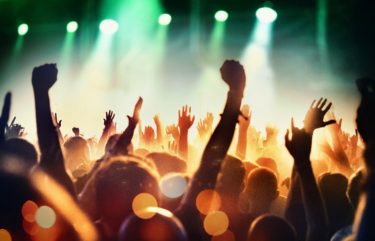 In case you missed the live action, our CMA Music Fest 2017 Recap will cover the highlights and biggest moments from this year’s event:

The country legend took over the stage on Thursday night for a short, but hit-heavy, unannounced performance. He opened with “The Thunder Rolls,” and went on to play “That Summer,” “The Dance,” and a new single, “Ask Me How I know,” before finishing up the set with a rendition of “Friends in Low Places.”

Maren Morris in the spotlight

Maren Morris is quickly becoming one of the hottest artists in the country market today. Her hits “My Church” and “80s Mercedes” have helped her build a huge following in the past few years. She played two sets at the CMA Music Fest, one stripped-down acoustic performance for about 200 audience members in the HGTV Lodge, and later for thousands of attendees at the Nissan Stadium. Morris is already a Grammy winner, and she was surprised at CMA Music Fest with the news that her debut album, “Hero” had just been certified gold.

The country artist played songs like, “Move,” “Play it Again,” and “That’s My Kind of Night,” into the next morning as he took the stage late on Thursday, June 8. His high-energy performance went until 12:45, and he kept the audience going with hits “I Don’t Want This Night to End,” and “Country Girl (Shake it for Me)” to close out the show.

Brad Paisley and Keith Urban hopped off the stage

Both country music stars jumped off the stage during their performances Sunday night at the Nissan Stadium – not to end their concerts early, but to give the audience an up-close and personal performance. After shredding guitar solos on the lower stage, Keith Urban jumped down into the crowd to continue his set within arm’s reach of the fans, where he performed “Wasted Time.”

Paisley repeated the move during his set and played as he made his way through the crowd, before returning to the stage to close the show with hits like “Alcohol” and “Mud on the Tires.”

Brothers Osborne shred on to the main stage

Due to a last-minute injury by Chris Stapleton, the Brothers Osborne were tapped to play Nissan Stadium in his time slot. This rock-country crossover duo made an impression, with John Osborne ripping out extended gritty guitar solos during “It Ain’t My Fault” and “Stay a Little Longer” to make theirs one of the most exciting acts of the festival.