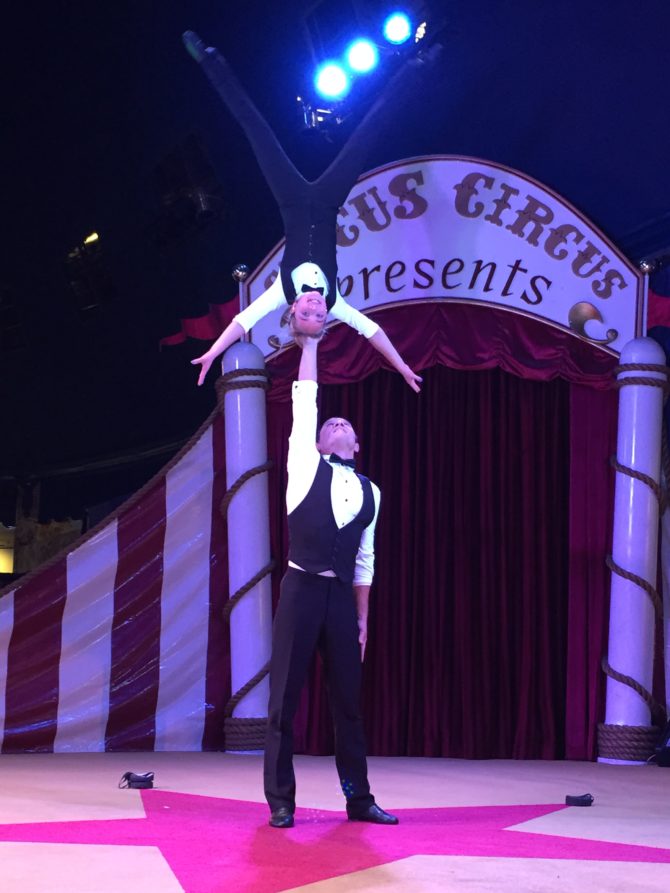 Sergey Korolev, born in Kazakhstan, graduated from the Republican Studio Variety Circus Arts in Tashkent in 1981 and received his circus acrobat degree. He has performed around the world, including Moscow, at the International Festival of Circus Arts in Italy, Budapest, Japan, Finland, and the United States. He now performs hand balancing with his 15-year old daughter, Alexandra, who started performing at the age of 5 under the guidance of her father. Alexandra has also been featured in 2009 and 2010 on Poland Got Talent and America’s Got Talent.