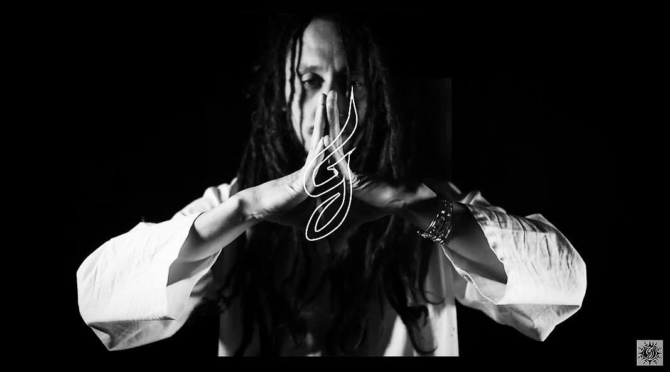 Long before the worlds of the performing musician and the DJ collided, The Genie established a groundbreaking exhibition of aural manipulation and physical dexterity. He is the creator of “Scratch Guitar” an innovative amalgamation of live performance techniques, combining slide guitar, live looping and his unique style of live remixing, or to use his own words, “G-Mixing.” His performances have not only broken the mold sonically, they are also a physical feat to behold. Adding to the already avant-garde nature of his stage show, Genie incorporates the deft use of his toes to turn dials and flip switches while simultaneously playing the guitar, laying down drum beats and triggering synths. He creates the kind of thick vibes that have made him a sought after artist and earned him the support of Guitar Player Magazine, Mixmag and FADER As a live performer Genie brings something to the table that is undeniably inmitable. He understands that the aural journey is elevated by a visual experience. In collaboration with Bay Area based art collective Gear Lab Design, he has created a brilliant piece of functional art that adds physical color and depth to his performance. His custom-made infinity mirror/LED based foot stage is a clear example of Genie’s vision of fully immersing his audience in audio-visual bliss coming to full fruition. It’s clear to see why this groundbreaking artist, whose expansive vision has only increased throughout the years has been lauded throughout the music festival scene as one to watch. His appearances at Lightning In a Bottle, Symbiosis, Fusion Festival (Germany), Rock for the People Festival (Czech Rep.), What The Festival and countless others, have solidified his overwhelming ability to captivate minds and move bodies.