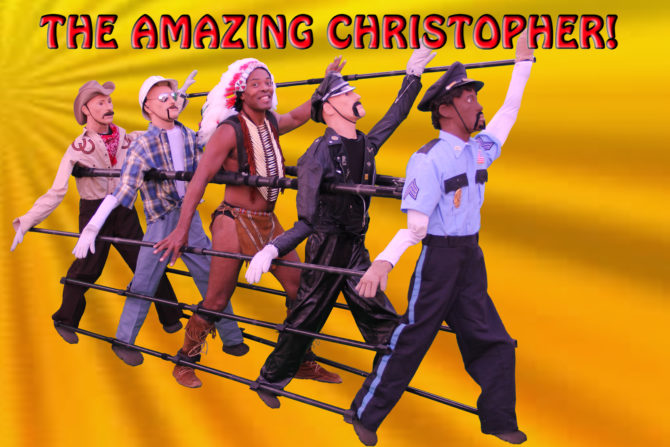 When Christopher was in school, he dreamed of being a rock star and touring the country performing in stadiums. Well, he eventually got his wish… just not in the manner that he expected. He was hired to be the opening act for Eddie Murphy’s “Raw” tour, and yes, toured the country performing in stadiums. In 3 short months he became a household name.

Since then he’s been going strong as the world’s most dynamic “dance puppeteer”, being the only puppeteer who can perform for both large audiences and corporate crowds. He’s performed for 2 US presidents (George Bush sr. and Bill Clinton), British Royalty, and Prince Rainier of Monaco. He’s opened for Eddie Murphy, Jay Leno, George Carlin, Three Dog Night and Natalie Cole. He was a $25,000 winner on “30 Seconds to Fame”, has performed on The America Comedy Awards, Caesar Palace’s 25 Year Anniversary, and most recently, was a contestant on “America’s Got Talent”.