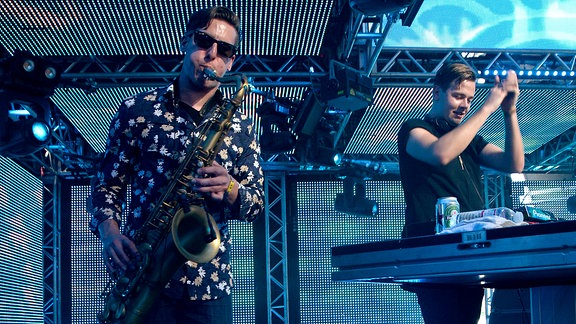 Justin Ward’s flair in both classical music and jazz makes this saxophonist a versatile performer. Though he is best known for his soulful R&B style, he can be seen collaborating with some of hip hop, pop, and EDM’s biggest names. Justin’s unique talents have taken his performance to cities around the world. Drawing upon influences of saxophonists Joshua Redman, Bob Reynolds, and Gerald Albright combined with the R&B styles of John Mayer, Alicia Keys, Usher, and Switchfoot, Justin’s music is truly inspiring. Bruce Johnston of the Beach Boys exclaimed, “Justin really rocked when I first heard him perform in Santa Barbara. Now he has to go into the studio, push record, and share his talent all over the world!” Some of Justin’s recent accomplishments include sharing the stage with Katy Perry at The Dream Foundation’s Gala and being personally invited to perform at a private event with Earth, Wind & Fire. Justin’s diverse abilities have also led to collaborative work with Tyrese Gibson and Snoop Dogg. Justin spent time this summer accompanying Sam Feldt to major festivals such as Coachella, Ultra, and Electric Zoo. In his most recent musical adventure, Justin wrote a song and starred in a commercial for the Golden State Warriors, which is currently nominated for an Emmy Award. He is currently recording his debut album set for release later this year.