A Night at the Copacabana 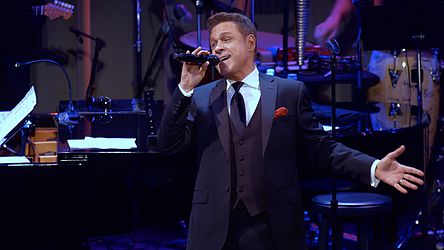 Mark O’Toole is the man behind the big band show “A Night at the Copacabana”. He has headlined at almost every casino and nightclub in Las Vegas and is the recipient of numerous highly coveted entertainment and humanitarian awards! Any first time listener is likely to be struck by the quality of Mark’s powerful voice. Part velvet, part gravel, and all taut emotion, it’s a voice that seems ideally suited to perform the songs of the Great American Songbook. His is a voice that can be alternately rough as a sandpaper embrace, or as cool as a tall glass of milk. But what audiences need to understand is the seasoning behind that remarkable voice. Decades of hard-won experience has carried this performer through several careers and across thousands of miles. But Mark realizes the audiences don’t know the entire story behind the voice. What’s important is the music itself.